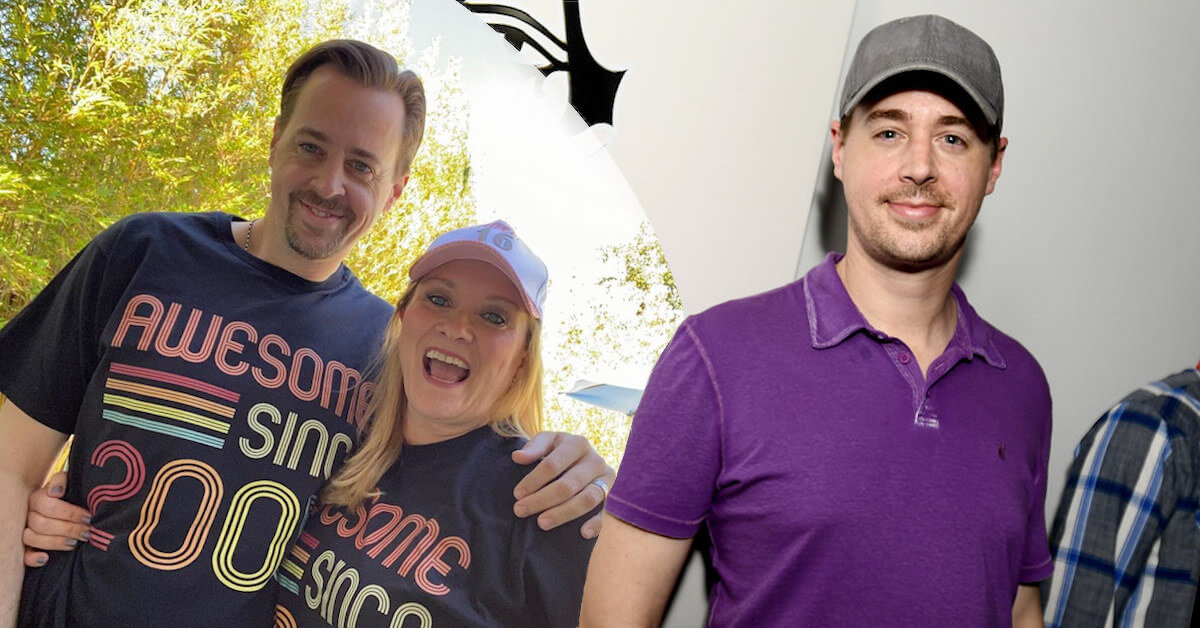 This senior actor has been married to Carrie James since November 26, 2005. The two have received a blessing, which is the presence of two children named Caitlyn Melissa Murray and River James Murray. The daughter was born on May 3, 2007, while the son was born on April 22, 2010, in Los Angeles.

Both Sean Murray and Carrie James started dating in the year of 2004. Their first encounter was at an unknown event in 2004. They were dating for one year until, in 2005, they decided to walk down the aisle.

The wedding ceremony was held privately in Los Angeles, and they have just invited some special guests, family, and friends. And now, they have been married for 17 years and still counting.

Sean was quite often sharing photos regarding his romantic relationship with Carrie. The same goes with Carrie. She is also pretty expressive when sharing pictures of Sean and herself.

Carrie posted the first photo of the two on December 7, 2013. Both Sean Murray and his wife seemed to enjoy their time together. Carrie leaned her head against Sean’s cheek, and both of them were smiling while looking straight at the camera.

Sean seemed very grateful that he had Carrie as his wife. He may be too busy fighting crime on television, but he is charming toward his wife. The actor is always making time to express his appreciation to his wife.

We could see on his Instagram that he once posted a Mother’s Day tribute to Carrie. He was posting a photo of them sight-seeing in an undisclosed location, with a caption that said, “Happy Mother’s Day to my incredible wife and all the moms out there!”

Sean also showed his grateful heart about how he and Carrie renovated their house for ten years. Both of them looked at their place as a forever home.

The Sweet Relationship of the Couple

Since the couple was very famous for being together for so long, we assumed they would have many quality times together. And so, it is. Carrie once posted about the happy 16th anniversary on her Instagram. Carrie captioned her and Sean’s photo, “Sweet Sixteen for us! Happy Day We Tied the Knot @therealseanhmurray,” with two hearts.

Both Sean and Carrie looked smiling brightly and held each other’s shoulders and waist. They looked delighted with their custom-made navy shirts on. The shirts have the exact words “Awesome Since 2005”, and those were rainbow-colored.

Many people reacted with several positive comments. One Instagram user commented, “Happy anniversary! We just celebrated our 20th!”. At the same time, the other also said, “You two married 19 days exactly before my husband and I. @dracus30 Happy 16 years!!”

Everybody was trying to share their happy moments, just like the couple. A wedding anniversary is supposed to be the merry one since it is me who remembers the happy moments together throughout the years.

Carrie also once posted a photo of them being together for an adventure. They were going tubing together on June 30, 2021. Both of them looked very happy while wearing blue shirts and sunglasses. Carrie captioned the post, “Thank you @kauaibackcountry for tubular time!!!”

Everyone wished that they would enjoy a nice break. An excellent adventure for a short while could reenergize one’s motivation, right?

We hope that the two will be enjoying their time together as long as possible.