Who Is Olivia Colman Husband? Her Married Life & Children 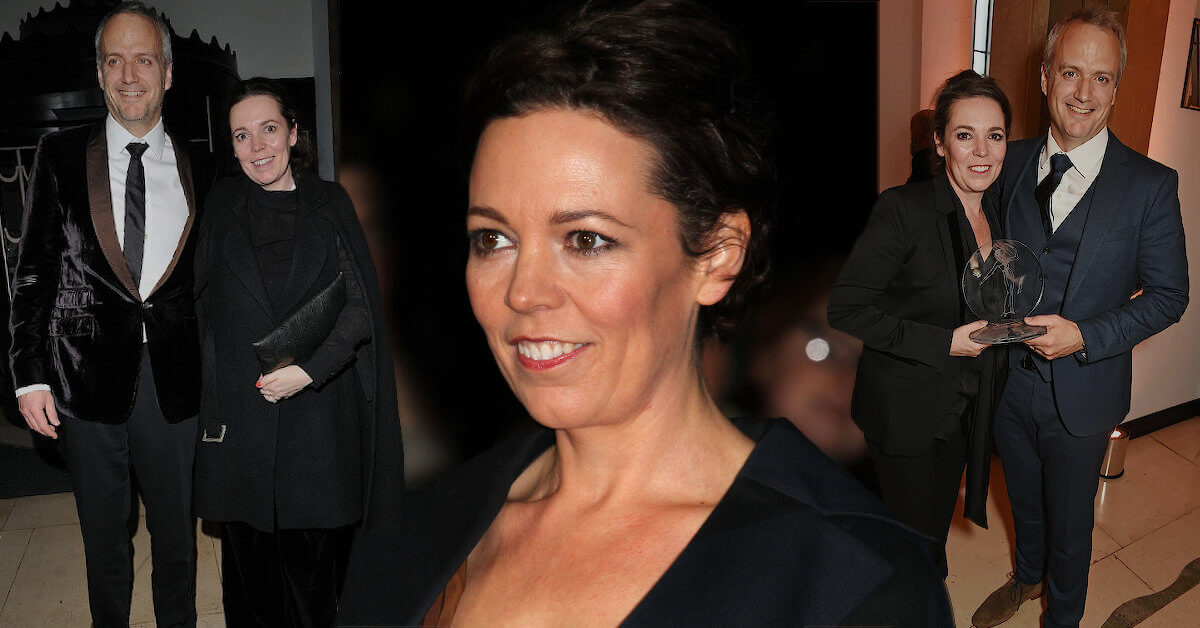 Olivia Colman, whom we know as Queen Elizabeth II in The Crown, is an English actress. Her real name is Sarah Caroline Sinclair, but we have no idea how she ends up using her current name.

She is a very talented actress. We can see from many awards that she got, such as Academy Award, four BAFTA Awards, and three Golden Globe Awards; and the lists don’t stop there. What?!

She might have a long list of accolades, but that isn’t the case with her lover. Olivia is only linked to one man in her entire career.

We’re talking about Ed Sinclair, who has been Olivia’s husband for more than twenty years. They got married in 2001. Unfortunately, we cannot know more details of their wedding ceremony, since they had an intimate wedding and only their families were invited.

Ed Sinclair is a producer and writer. His works are Look Around You and Landscapers, in which he worked with Olivia, got many recognition and fame. But, surprisingly, Ed didn’t pursue his career from a young age; he used to study law at Cambridge University before deciding to focus as a writer and producer.

Olivia, too, didn’t go straight into acting. Her first job was being a primary-school teacher at Homerton College, Cambridge. She and Ed used to be into academia so much, and the two never intended to focus their lives entirely on the entertainment industry.

More surprisingly, her careers-advisor also didn’t see that coming. She told the young Olivia that she would make a very good HGV driver. When the interviewer from The Guardian asked why, she answered while laughing,

“Because I’ve got 100% spatial awareness. I’d be able to back them into tight parking spots.” That’s some dope skill right there!

She thought that it was a fun one until she was at the point where she worked as a cleaner and secretary after graduating from Cambridge. After that, she also said the job as a secretary was “not a very good one.”

In 2012, though it wasn’t her first time playing on a stage production, she made a crucial mistake and felt bad about herself afterward.

It was a stage production of Hay Fever. She starred alongside Phoebe Waller-Bridge and Jeremy Northam. She disclosed that she forgot her lines at one point, but Naomi got the giggles instead of trying to improvise as best as she could.

“West End audiences haven’t paid to see that. So I felt really bad,” admitted the actress to The Guardian.

Knowing all of those facts, it is clear that both Ed and Naomi didn’t achieve their success overnight; they had a long journey to become who they are now.

Olivia Colman Stalked Her Husband: “I Did Fall in Love with Him at First Sight.”

It sounds normal when an actress is married to a producer or anyone who works in the entertainment field. Still, Ed and Olivia aren’t just the usual couples in the movie industry.

The story of how Ed and Olivia met for the first time is worth mentioning; since it was so hilarious. Before meeting Ed at Cambridge, a university where the two went, Olivia had stalked Ed for six weeks! Yes, you heard me right.

When the two were still college students, Olivia took part in a play, which later she found out to be Ed. After that, she and Ed starred together in a stage production called Table Manners, produced by Alan Ayckbourn.

She fell in love the first second she saw Ed, and she described him as “a boy that she sort of fancied.” From that moment, she began her “stalking” journey.

“There’s the bloke I’m going to marry. My husband and I were very lucky. We met when we had nothing, and we loved each other then. So we were all right,” recalled Olivia to The Telegraph. It was a pure, raw kind of love when two people fell for the other for who they were, not because of things that they had.

She also added, “We were 20, and he was also an actor. If you meet at that age, then you’re fine. For me, it was thunderbolts straight away.” That’s why she didn’t waste more time to begin “stalking” him. LOL.

In another interview with The Telegraph, she disclosed a complete story of how she thought Ed was the one.

“It sounds really odd, but I did fall in love with him at first sight. So when we walked into the room, I just went, ‘That’s him!’ Mind you, I suppose if he hadn’t wanted me, then I might have gone, ‘That’s him!’ at someone else a week later.” So it was fortunate that Ed liked her back!

When we hear the word “stalking,” we probably associate that with social media. But back then, there was no such thing; Olivia had her own way.

Olivia Prefers a Quiet Night at Home: “As Long as I have Ed and the Boys, everything is Alright.”

She said that she memorized Ed’s schedule and timetable. She also took three hours to get ready in the morning every day before meeting Ed at school. She then didn’t find it hard to discover Ed’s favorite music and managed to memorize all the lyrics. Olivia sure had strong determination back then.

“It’s not funny to use the word ‘stalked,’ but I sort of stalked him – which I don’t condone,” told The Crown actress to director Rufus Norris. She also joked around that her husband is “a very lucky man” because she stalked him and not another man.

After six weeks of being a secret admirer, Ed still didn’t seem to realize. Finally, Olivia got tired and decided to finally tell Ed’s friends about her feelings and what she’d been doing – and the two became close ever since. Thankfully, Ed saw it as a sweet move instead of a creepy one.

“I really gave him no choice. To begin with, I think he was completely deceived by the whole thing. He kept wondering why this jolly, smiley person kept turning and laughing hysterically at everything he did,” she added while laughing. It is hard to imagine anyone not falling in love with her warm and joyful smile.

A college-version of Olivia might not think that it would be a lifetime love story: that she and Ed will be married for two decades and share three children in the future.

They have two sons and a daughter. Ed and Olivia decided to conceal their children’s identity, though. Maybe for safety reasons and their desire to give their kids a “normal” life, away from the media’s attention. The couple has a reputation for keeping their personal lives from themselves only, not for the public. They didn’t have to expose their personal life to be in the spotlight, anyway.

Olivia is also someone who prefers spending more time with her family than going out or partying with her fellow celebrities. She once said in her interview that she had to make excuses to leave the BAFTAs Awards, in which she won the Best Actress.

“We were in our socks, drinking tea by 10 o’clock. I couldn’t take it all in. But, as long as I have Ed and the boys, everything is alright,” she admitted in her interview with the Guardian.

She admitted that being an actress with constant exposure to the media is exhausting. However, in 2017, Olivia disclosed that her ritual with her husband – drinking tea and just watching TV together – was their ritual to survive the entertainment industry’s “weird” world. Also, playing with their children every day is enough to make them happy, the actress said.