Who is Francesca Hayward Boyfriend? Is She Dating Anyone? 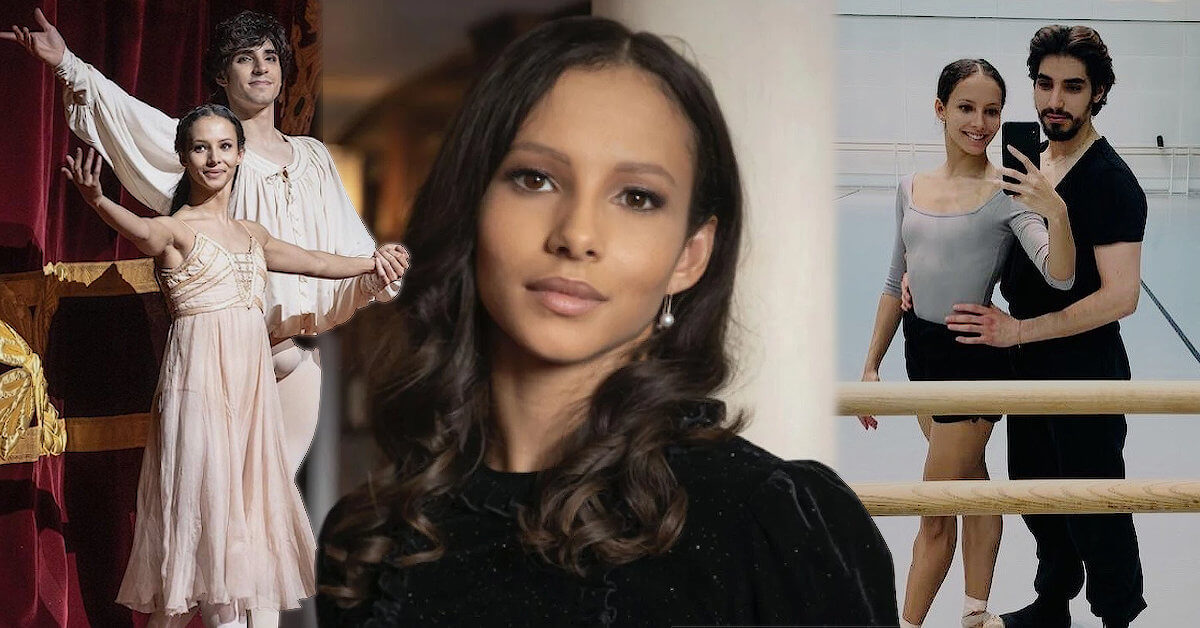 We see that many actresses have another job besides acting. Still, we rarely find someone as multi-talented as Francesca Hayward. Besides being an actress, she’s also a ballet dancer. Francesca was born in Nairobi, Kenya.

Her first breakthrough in acting was in the BBC documentary film Dancing the Nutcracker: Inside the Royal Ballet. Not long after that, she joined the cast of Cats which made her name became even more prominent.

Get to Know Francesca Hayward: From her Childhood to Personal Life

When we look at Francesca’s childhood and life, besides her dancing and acting, she seems to have an exciting life. Francesca was born in Nairobi, Kenya. However, growing up, she changed her nationality to British. She spent most of her childhood in Worthing, West Sussex, with her grandparents. Her dad, Lewis Hayward, is English, and her mom is Kenyan. She was born on July 4th, 1992.

It seems like she’s the only child in the family since we cannot find any information about her siblings. She also never disclosed that information to the media. Her parents got divorced when she was only two years old. And leaving alone as an only child in a divorced family made her grow up as a curious kid.

In Royal Ballet School, Francesca then met two men linked to her: Cesar Corrales and Tom Whitehead. She had performed together alongside both of them, and her story about that is far from boring! And interestingly enough, since joining the school, she was told a lot that she was one kind of a girl: a gifted dancer since a little kid.

And it didn’t take a long time for her to prove her talent! In 2010, Francesca became an exceptional dancer and was promoted as the first artist in 2013. She became the first soloist as a Principal in Royal Ballet.

Well, after knowing how awesome she is at what she’s doing, it’s time to dig deeper into her love life!

Francesca Hayward is currently dating a man that came from the same field as her! He is Cesar Corrales, a Mexican ballet dancer from The Royal Ballet, where Francesca also went.

The couple started dating in 2019. The two also performed Romeo and Juliet together for The Royal Ballet’s play at the Royal Opera House. She had taken some time off from dancing, and not long ago, she finally got back to the stage. Even better, she was starring in a play alongside her lovely beau.

Francesca and Cesar didn’t have to worry about the social distance because the two isolated together at Francesca’s flat in London. So it sounds pretty serious already?!

They Already Lived in Together: From Making a Short Dancing Video to Taking Online Ballet Class

Francesca and Cesar weren’t big fans of revealing their relationship details. Still, it is no secret that the two had lived together for a while. During their time isolating together, Cesar and Francesca shared some videos of them dancing together. Most of them are short videos, and they capture their intimate moments not only when they are dancing but also as a couple in real life.

Their lives as ballet dancers weren’t always easy during quarantine. Francesca disclosed that even though she took online classes with the Royal Ballet quite a lot, the experience and the feeling were different when you dance in a real place.

The couple then decided to decorate their living room into the dance studio for them.

“It has been a massive help to have those two pieces of equipment. It will take time to get back into the shape that allows us to work at our maximum,” expressed Francesca regarding her quarantine time. However, she also mentioned that this time was crucial for her to “take a rest” and regain her strength, which she rarely gets if it wasn’t for the quarantine.

Not only for her health and well-being, but quarantine is also a crucial part of her relationship with Cesar. The amount of time they spent together inside the house had strengthened their bonds more than ever.

Francisca didn’t hesitate to share her experience doing projects with Cesar, too. The couple helped each other to be present in the class and to cheer each other up.

“We did all of our ballet classes on Zoom, and we had to push the sofa out of the way every time we wanted to practice. Cesar would be holding on to the sofa, and I’d be up at the kitchen counter, trying not to kick him accidentally,” recalled Francisca in her interview with Harper’s Bazaar. Aren’t they just the cutest couple ever?

Their Chemistry in Romeo and Juliet was Way Too Strong: The Duet Has Brought “Positivity and Hope.”

It also shows us how supportive they are of each other. Though Francisca and Cesar never specifically talked about their relationship details, they spent some moments together helping each other speak for themselves.

The fact that the two lived together also benefited them when they started getting back on the stage.

“The only time they have contact with anybody – touching, lifting, pirouettes – is with each other. The rest of the time, they don’t touch anybody else,” told Kevin O’Hare, a director at Royal Ballet. Well, we’re sure that they both didn’t mind at all.

Their chemistry and love for each other had led them successfully play the Romeo and Juliet part. However, some sources stated that they had seen each other before they played Romeo and Juliet. The play is just a capture of how close Cesar and Francesca are in real life.

Seeing that, starring together in Romeo and Juliet is the perfect opportunity for them to get back on the real stage. And even more amazing that after the play, they received positive feedback because of their unbeatable chemistry. They didn’t have to try too hard; the love just flew naturally.

After spending a lot of time together, Cesar couldn’t be happier knowing that he would play alongside Francisca in Romeo and Juliet. He even expressed his excitement in his interview.

“When I first found out it was going to be Francesca, I was extremely happy,” told Cesar in his interview. He then added, “especially when you’re trying to tell the story of Romeo and Juliet, you really hope that you have chemistry with whoever you’re dancing with.” By knowing that it was Francesca, he didn’t have to worry!

In her interview, Francesca also expressed her admiration towards her lover. She described that Cesar was full of “energy and fire.”

Romeo and Juliet itself are one of a series of free streamed broadcast. It was the first live performance since the Royal Opera House was closed on March 17th last year. The performance is choreographed by Wayne McGregor.

Both Francesca and Cesar agreed that the duet had brought them “positivity and hope,” as Francesca described. Well, seeing what the two had been through together, we cannot help but wish them to stay long with each other!

It would be very devastating if they broke up not long after that, since we cannot see any incompatibility in this couple. I hope these two lovebirds will end up getting married and maybe having kids together in the future. Fingers crossed!

Showing Another Great Chemistry on the Stage with Thomas Whitehead

Before publicly dating her Romeo, Cesar Corrales, she was linked to her fellow ballet dancer from the Royal Ballet as well, Tom Whitehead. However, it wasn’t clear how long they were dating and how they started being together since the two never publicly spoke to the media about this.

Tom and Francesca were rumored to be dating since their chemistry was very strong when they performed alongside each other. Some photos depict their chemistry on stage. Francesca played Manon, meanwhile Tom as Monsieur G.M.

However, unlike Cesar, she never talked about her being together with Tom publicly. So, some people accused that it was just a rumor, but many people wish it to be true, too. But, since we cannot find further details about this couple (and so does everyone), the rumor fizzled out quickly, and people got more excited about Francesca and Cesar’s living together!

Well, of course, Francesca and Cesar seized everybody’s attention because who doesn’t love a perfect couple like them?