Tate McRae Boyfriend: Is She Dating Anyone? 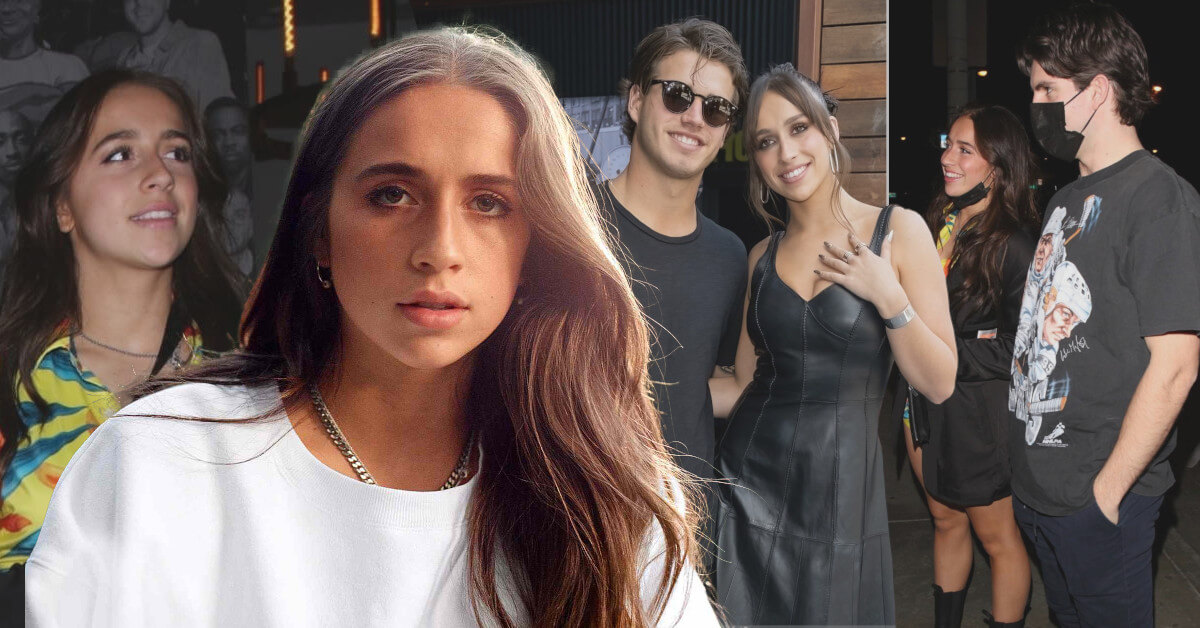 The Canadian-born singer and dancer are never shy of any possible invitation to know about some boys she might like. We found that Tate had two guys and that she had put these two into a special place inside her heart.

However, many are still curious whether the singer may have a new boy near her.

Tate McRae: Does she have any boyfriend to brag about today?

We found that Tate is not a single girl anymore. Tate is currently dating a National Hockey Player, Cole Sillinger. The center for the Columbus Blue Jacket dated Tate from 2021, and it is still going strong to this day.

Recently, the pair went to Cabo, Mexico. Tate confidently took several photos of her during her holiday and uploaded those to her own Instagram account.

In one of her posts sat Tate alongside her new boyfriend, Cole Sillinger. The pair was in a candid-style photo, looking at the blue sea while cruising in a yacht.

However, perhaps to fuel the fans’ curiosity, Cole never uploaded a single photo of his girlfriend, Tate McRae. Fortunately, from some sources and looking at Tate’s post, you can rest assured that the pair is still a couple.

Does Tate McRae date anyone else before meeting Cole Sillinger?

The answer is: yes, she does. Even though these are still unconfirmed by Tate herself, most of our sources said that these two lucky guys and Tate had something going on in the past.

One thing to note is that Tate never publicly showed her private life, so with that in mind, let us dig deep into Tate McRae’s past relationships.

The story behind Tate McRae’s meeting with Jonny Hader was epic. Jonny was the guy who took Tate’s heart away before Cole Sillinger was Jonny Hader. It could be that Jonny was the one who brought Tate’s name into the limelight.

The two met through work connections, and initially, Tate and Jonny discussed Tate’s newest music video before it all changed. In 2020, Jonny released Tate’s music video, “You Broke Me First.”

The music video caught the attention of the internet’s viewers, and it did not take long for people to try undisclosed Tate’s private life and career.

Many speculated that Tate fell madly in love with Jonny during the filming, and they finally began to date each other.

The relationship fell short soon, with a year separating the time of their breakup and the release of Tate’s music video. To this day, Jonny and Tate never publicly comment on anything related to their romantic dissolution.

Jonny returned to his life and avoided the media’s attention. Despite that, his unfulfilled long-lasting romance with Tate may have taken him away from the press.

In this part of the story, we must dive more deeply into Tate McRae’s romantic narrative before she met with Jonny Hader.

If you are wondering who Tate McRae’s first public boyfriend was, you have come to the right place.

The boyfriend came to Tate before her name reverberated throughout the internet and the music industry. Some posited that the guy we are about to uncover was the one that influenced Tate’s style of music.

It was the Turkish-born pop singer and composer Tolga Kahraman. There is not much information regarding Tolga, but one thing is for sure, the singer once dated Tate before.

It was appropriate to say that the initial meeting between Tolga and Tate was insignificant. Tolga stumbled upon Tate while recording her newest music video for the 2019 song “Tear Myself Apart.” The two quickly knew each other, and before we knew it, Tate and Tolga finally walked together as a couple.

Sadly, the love quickly dissipated, and at the end of 2019, Tate and Tolga chose to walk on different paths. The couple maintains their status for approximately a year, from the start to the end of 2019.

Tate McRae: Background and her future

Tate McRae’s love for dance and the vocal industry derived from her mother, Tanja Rosner, who mainly worked as a dance instructor in Canada. Her father, Todd McRae, was the vice president of Pacific Energy, so we can say that Tate had a relatively easy childhood.

Tate showed her passion for dancing when he appeared in the 2005 reality show “So You Can Dance.” She’d won second place on the show at 13 and was the first Canadian to do so.

RCA Records then took her under their wing when they discovered Tate’s “One Day” music stormed the internet. Tate McRae then released several songs under the records before appearing on tour in Europe.

Recently, Tate released her first album, “i used to think i could fly,” which may crystallize her position in the music industry.