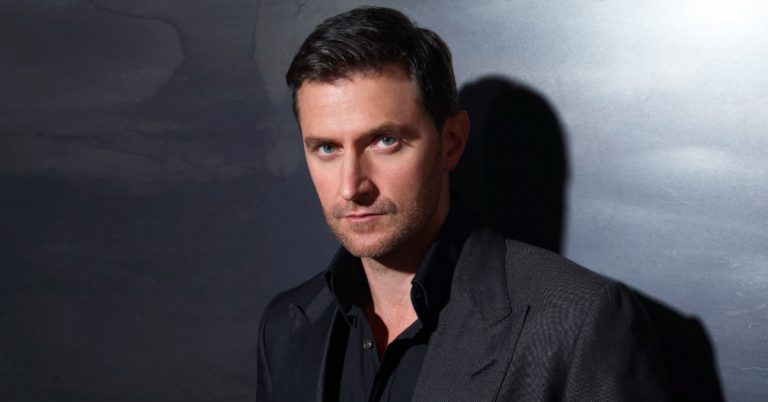 Who is Richard Armitage?

Richard Armitage is a multitalented English film and television actor. He is best known for his role as John Thornton in the 2004 British television program North & South and as Francis Dolarhyde in the American TV series Hannibal. His role as dwarf leader Thorin Oakenshield in Peter Jackson’s film trilogy adaptation of The Hobbit brought him international recognition.

Besides acting, he craves his niche as a voice actor for his trademark baritone voice. He made his debut into voice acting with his performance in TV series Robin Hood.

Richard Crispin Armitage was born on August 22, 1971, in Leicester, Leicestershire, England, UK. His father’s name is John Armitage, who was a nuclear engineer by profession, while his mother’s name is Margaret Armitage who is a school secretary. He was the second child in the family, he has an older brother Chris Armitage.

Furthermore, reflecting upon his educational background, Richard went to Huncote Community Primary School in Huncote, Leicestershire. Furthermore, he then attended Brockington College in Enderby and later transferred to Pattison College in Coventry.

Armitage has maintained his body through regular exercise. He stands at a height of 6 feet 2 inches and weighs around 93 Kg. His body measurements include 43-33-14 inches. His attractive face compliments well with his pair of blue eyes and dark brown hair which make him look very attractive.

How much is Richard Armitage Net Worth?

Richard Armitage has gained successfully a net worth of more than $2 million with his remarkable acting.

The Hobbit: The Battle of the Five Armies (2014) Thorin

The Hobbit: The Desolation of Smaug (2013) Thorin

The Hobbit: An Unexpected Journey (2012) Thorin

Throughout his career, Richard has been associated with several girls in his life. He dated Daniela Denby-Ashe in 2004. Then he got associated with Annabel Capper. Later in the year 2014, he fell in love with Samantha Colley and after 2 years of dating her, they both got engaged in the year 2016, and unfortunately broke off in 2017.