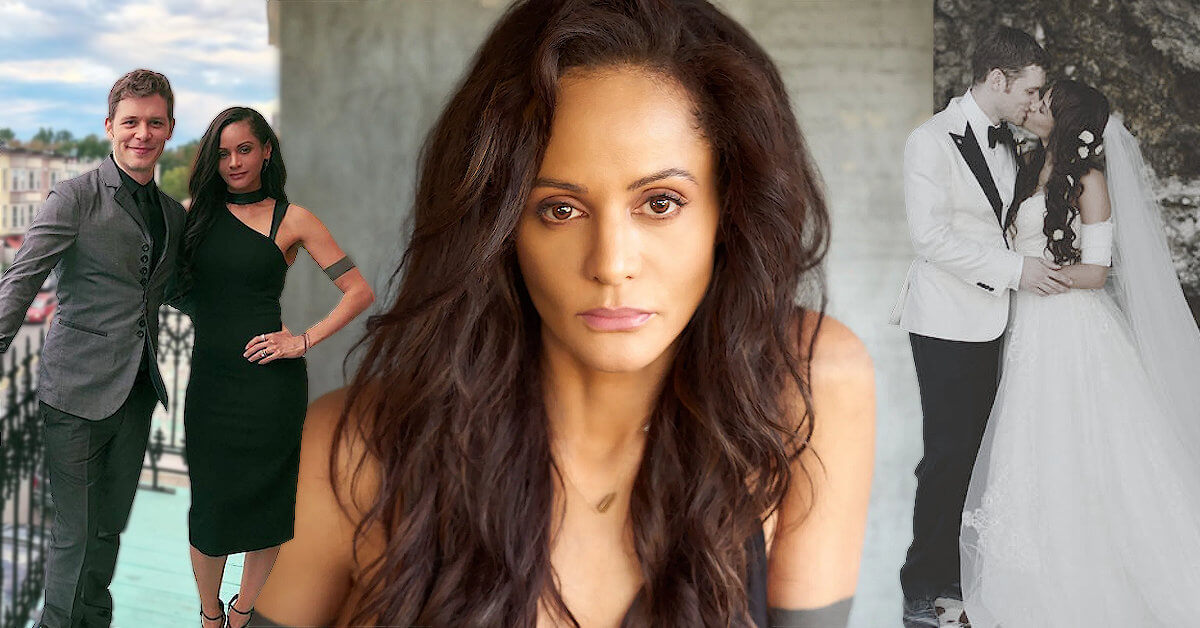 Persia Jessica White, or we might be more familiar with Persia White, is a talented actress and musician. Her most well-known role is The Vampire Diaries. She is also a singer with her debut album, Mecca, in 2019.

She had that pretty brown skin, and dreamy eyes make it impossible for any man not to fall in love with her right away.

She is pretty private about her personal life. But, we still have some information about her relationship, especially with her costars. Stay tuned to find out more!

Joseph and Persia met for the first time on set, of course. However, their first encounter happened in the lobby area before the crew started to film. He didn’t mind recalling his story with Persia in one of his interviews,

“We didn’t know each other before The Vampire Diaries, but we didn’t meet on set. We met in the lobby area where they bring everyone in, and they send people off to hair and makeup and set and different things.

And we just got talking there, and that little chat lasted about two hours. And I thought, ‘Well, I want to see her again.’ And it grew from there. And then we rarely spent any time apart since that point when we met.”

Awe, we always like “love at first sight” kind of stories!

However, some people have been bothered that Joseph is nine years younger than his wife. But, of course, that didn’t stop them from being together, and they became husband and wife in the end. Well, nothing could stop two people who love each other, and they shouldn’t listen to what other people say, right?!

Persia and Her Husband’s Journey in Revealing Their Marriage News

They didn’t waste any time and started dating as soon as they met each other for the first time. However, they didn’t tell people that they were dating at first. Some paparazzi caught them first before the two admitted their relationship.

At that time, Persia just got her second big role after her long years of starring in Girlfriends. Maybe she was worried that the news about her love life would affect her career in the future, so she wasn’t fully open about it at first.

“It was a little bit of a process, but it was worth it,” described Persia when she was interviewed about her role in The Vampire Diaries. When we look at Persia’s journey to be where she is now, it was indeed not an easy road, so she had to maintain her career to be as stable as possible, and it’s understandable.

However, the pair decided to publicly make their first appearance at the 52nd Monte Carlo TV Festival in August 2012 to promote the short film they’d been working on together.

Before that, there were only pictures of them that were caught by the paparazzi. Some of them captured them hanging out and about, holding hands and just enjoying each other’s presence.

Not long after their first encounter and series of paparazzi pictures, paired with a lot of time onset, the two announced that they were official. The first move was made by Joseph, who wished his Twitter followers “Happy New Year” with a selfie of him and Persia.

“Happy New Year from @RealPersiaWhite and myself,” Joseph tweeted.

The tweet got an enormous response. Nearly nine thousand people liked the tweet, and a thousand people commented on the replies section. Most of them were delighted to see them together.

And after a few years of dating, Joseph and Persia announced that they were engaged in May 2014. Joseph proposed to Persia before she had her 33rd birthday, and the couple couldn’t be any happier. They also released a statement publicly,

“We appreciate those of you who have supported our wild, creative, passionate and unlikely relationship. We have found a rare and precious thing; true love. We wish you all the same.”

If you guys think it went too fast, wait until they know that they got married two months after their engagement. They tie the knot on July 5.

Six Years Being Married but No Children?

However, after nearly six years of marriage, the couple hasn’t had any biological children. They do have one adopted child, though, whom Joseph adopted. Their daughter’s name is Mecca, and Persia uses that name for her album that came out in 2019.

It wasn’t clear whether or not they wanted to have biological children in the future, but the couple seems to enjoy where they are now.

The couple also seem to enjoy working together! They’ve done several collaborations. The newest one is Morgan White Store, which sells merchandise inspired by The Originals. Joseph stated that his wife helped him a lot, and she is a huge part of the whole project.

“She’s a huge part of the show, for me, because she watches every show, we talk about it. She tests me on every scene. She’s incredibly supportive. She’s there running lines with me late at night,” Joseph explained proudly, clearly showing that he wanted the world to know how amazing his wife was.

Joseph and Persia Enjoy Working Together

Not only Morgan White Store, but the two had also worked on other projects, even when they were still filming The Vampire Diaries.

He shared a video that shows him and his wife collaborating on an apocalyptic short film. The title is Revelation.

The short movie was more like a crossover between The Walking Dead and The Vampire Diaries. Well, the two seemed to enjoy creatures that hunt people for blood. LOL.

“It’s from a short film that I made with my wife called Revelation. And we filmed it in the woods where we were filming The Vampire Diaries. And, when you make a short film, everything has to be on a budget. So, the cool thing about this is the guy who was making props for us was also working on The Walking Dead.

And one of the characters on The Walking Dead had a machete-like this. So, this was our weapon of choice in our film,” explained Joseph to Entertainment Weekly.

The short movie received positive feedback from its fans. Joseph and Persia always love what they’re doing, and even better, they are doing it together. Persia made no appearance in the short movie. Persia has helped him behind the camera, and she was always there to support him!

Persia was always spotted coming with him whenever Joseph attended events to promote his film. In the event of Revelation and The Originals, Persia held his hands and gave her full support!

While they weren’t working together, they teased each other on their Instagram. And both of them love to post sweet pictures about them on their profiles, too. So Joseph and Persia are indeed a couple of goals, don’t you guys agree?!

Before settling down with the love of her life, she dated Saul Williams, a famous slam poet, writer, singer, and actor. Persia seems to have a thing for a guy who’s hard-working and creative.

Saul’s best work is his blend of poetry and alternative hip hop. Besides that, he had his first major role in acting career from 1998 independent film Slam. He then made another big appearance on the 2013 jukebox musical Holler If Ya Hear Me.

Their story is also far from ordinary. According to Persia, she was first exposed to Saul’s work of art when she was in college. However, it wasn’t their first time meeting each other.

They met for the first time when Saul made a guest appearance in series Persia had been in for eight years long, Girlfriends. In that series, Persia and Saul acted as love interests.

“I was first introduced to Williams’ work in college, in our exploding text class on slam poetry. So it was pretty special,” recalled Persia.

It turned out that Persia’s relationship with Saul was pretty serious, too! They got married in 2008, after dating for five years. During their time together, they kept their relationship low-key and away from the media. Sadly, their marriage didn’t stay long; they divorced in 2009, only a year after they tied the knot.

It was sad knowing that the two managed to keep five years of dating but only one year of marriage. People are always curious about what made them decide to part ways, but we found nothing. There isn’t any clear information, and the two never told their married lives in their interviews.