Jason Bateman’s Wife: All About His Marriage to Amanda Anka 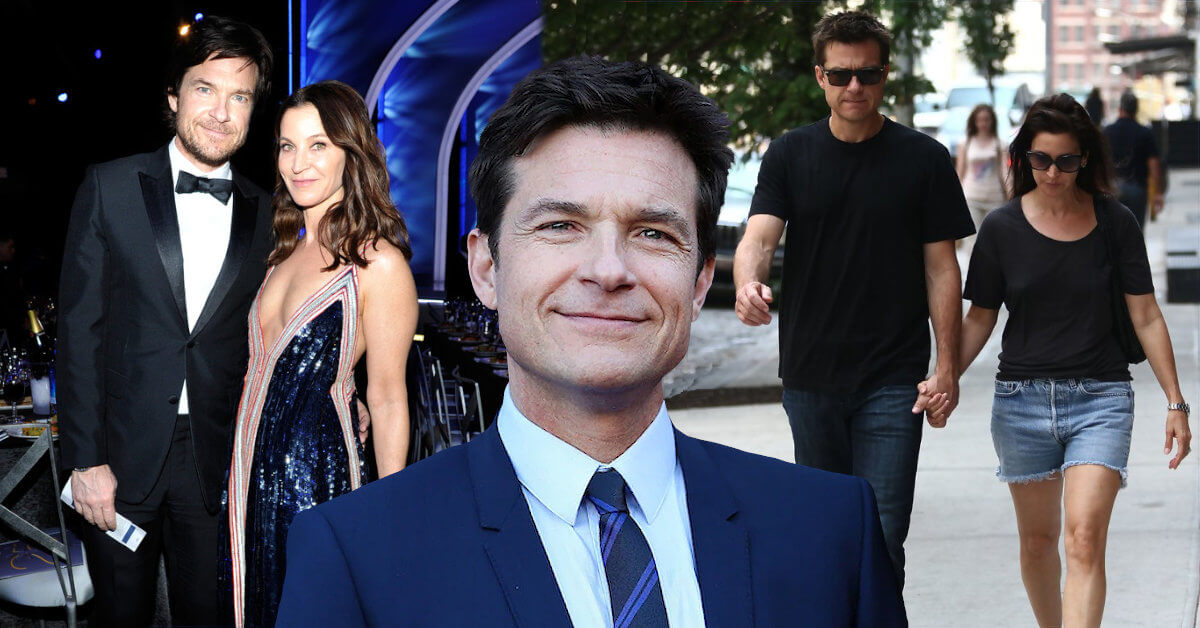 Jason Bateman, who we know from Arrested Development and Hozark, is an actor, director, and producer. His first debut in the movie industry was in 1980 on the NBC drama series Little House on the Prairie.

He won many awards from his role in Arrested Development, including the Golden Globe for Best Actor in a Television Series Musical or Comedy and a Satellite Award.

Even though James doesn’t make the headlines too often, his relationship with his twenty-year-long wife, Amanda Anka, is a marriage goal.

How Long Have Jason Bateman and Amanda Anka Been Married?

Amanda Anka is the daughter of legendary singer Paul Anka, and she has been married to Jason Bateman for two decades!

There is always something extraordinary and interesting about two famous people who can make marriage work, despite all the attention and responsibilities they get throughout their lives.

They shared two children; Francesca Nora Bateman and Maple Sylvie Bateman. Jason and Amanda always put their daughters as their top priorities. Stay tuned to discover how this iconic couple juggles between their professional life and spending time with family.

Amanda and Jason had known each other since college, but college wasn’t the place where they first met. The two met when they attended the Los Angeles Kings fame years ago. But, the romance between them wasn’t something instant and fast. It took them ten years after their first encounter to begin dating.

Jason Bateman wasn’t a well-put-together man in his teenage years like he is now. Since he started acting and entered the movie industry at a very young age, he struggled to deal with all the attention, fame, and money he got.

Not to mention that Jason came from a wealthy family, and Jason often had a lot of cash without his parents’ presence. It almost ruined his life, he said.

“It was like Risky Business for ten years. My parents were out of town, they left me a bunch of money, the car, and the house, and I didn’t know when they were coming home. I’d worked so hard by the time I was 20, and I wanted to play hard. And I did that really well,” the Ozark star told Us Weekly.

In Jason’s other interview, he revealed that money had never been an issue for him. He moved out when he was just 18, and he had all the money that he needed by the time he turned 21.

It’s like everybody’s dream come true, but it brought nothing but misery to Jason’s life. And combine all of them with the pressure that he got from the business as an actor, then you find a perfect combo to self-destruct.

“This business, to a young kid, is kind of a mind-f**k. This is one of the reasons I don’t really recommend parents put their kids in the business as an actor. I grew up training myself to pretend to be other people,” Jason shared his thoughts to GQ.

Dealing with all of that had led Jason into doing drugs and becoming alcoholics. And the place where he grew up wasn’t very friendly with someone who went to rehab.

His late-night partying, getting stoned, and coming home drunk didn’t even stop until he became a married man. But, it was all Amanda who forced him to change.

Amanda and Jason got married in 2001, but it took Jason years to finally realize that all he did could ruin his marriage. It took Amanda to leave him alone on a rainy Christmas morning to make Jason go to the AA (Alcoholics Anonymous) that day.

Amanda planned a vacation to Mexico without him because she told Jason to “quit partying,” but he didn’t listen, nor did he try to stop at all. And at that time, Jason was thinking, “Do you want to continue to be great at being in your 20s, or do you want to step up and graduate into adulthood?” Since then, the rest is history.

However, Jason’s lack of effort to change doesn’t necessarily mean that he doesn’t love her. Apart from proving his love through going to AA meetings, Jason is also grateful to have a chance to marry his best friend, whom he can always be honest with and be himself when he’s around her.

“I wanted to marry somebody who wasn’t someone I had to be in any particular mood to want to be around – with close friends, and you can be with them no matter what mood you’re in. Amanda is, and that’s why it feels so effortless. It gets better every single year,” told the actor, also giving us a hint on how he could maintain his functional marriage and family for so long.

Good things kept coming since Jason made a bold move to be better. He was offered to play in Arrested Development, and even though the series didn’t have very high ratings, it was enough to secure Jason’s place in the industry. He continued to play in other big movies and series and also got more awards until now.

Jason has also been sober, and he completely quit his old habits and changed into a much responsible husband and father.

Jason Bateman Is Pretty Sure about How Good Dad He Is

We know that Jason now is in a way better place, no longer late-night partying and drinking himself to sleep. He now only focuses on three things; being a father, a husband, and a guy with a career.

Jason and Amanda always want the best for their kids. And by “the best,” he means anything but being an actor. Not really surprising, especially after knowing what Jason had to go through in this business since he was just a little kid.

“I think any parent wants their child to go into a profession where, if they work hard and are the best at what they do, they’re pretty much-guaranteed employment and maybe even success,” Jason stated in his interview with Daily Telegraph.

Jason always thinks that to be relevant or to be irrelevant, both are equally easy in this business. He’s not wrong, though. Too many uncontrollable factors determine the actors’ careers, such as luck and meritocracy.

When he was asked about what kind of a dad he is, he answered with full confidence, “Well, I guess you’d have to ask my kids what kind of a dad I am. Even if we did really ask his kids, I’m pretty sure they would answer with the same thing. And the transition from non-dad to dad was a very natural one for me.”

Still, in the same interview, Jason said that he didn’t regret anything in his life. All of his messed up teenage life, Amanda was about to leave him, and starting in the business way too young, had made him realize that it’s better to be a bad guy in your teenage years than trying bad things in your 40s.

Marrying Amanda and spending the rest of his life with his family is Jason’s greatest joy at the moment.

Dating Alexandra Lee When Jason Was Still a Party-Hard Boy, and It Didn’t Last Very Long

Since we’ve been talking about the “young & free” and “doesn’t care about anything” version of Jason a lot, let’s take a look at who he dated before he found the love of his life.

Surprisingly, Jason only dated one girl prior to Amanda. But I’m pretty sure Jason had a lot of girls back then. He just didn’t date them. I mean, who could resist a successful young actor with a handsome face and a lot of money like him? Especially when he’s super fun at parties.

Unlike many young actors that were surrounded by money and fame from a young age, changing romantic relationships every month and having a lot of rumors and scandals just isn’t Jason’s thing.

Jason dated an actress and producer, Alexandra Lee, whom we know starring in Paranormal Activity 4 and Special Unit 2. A talented and pretty gal. However, the relationship was a short one. It only lasted from January to September 1997, when Jason was in a full-swing party mode-on.

The couple didn’t get too much attention back then. They didn’t intentionally hide their relationship, but they didn’t make public appearances too often either. Besides, none of them ever mentioned or talked about each other in their interviews. People are now more invested in Jason’s past life and his happy family.

Alexandra also goes full anonymous now. After her husband, Stephen Dunham, died, she doesn’t seem to date anyone. Alexandra and Stephen married back in 2005. It also isn’t clear whether or not she still talks to Jason up to this point.