Is Taron Egerton Married? All About His Current Girlfriend 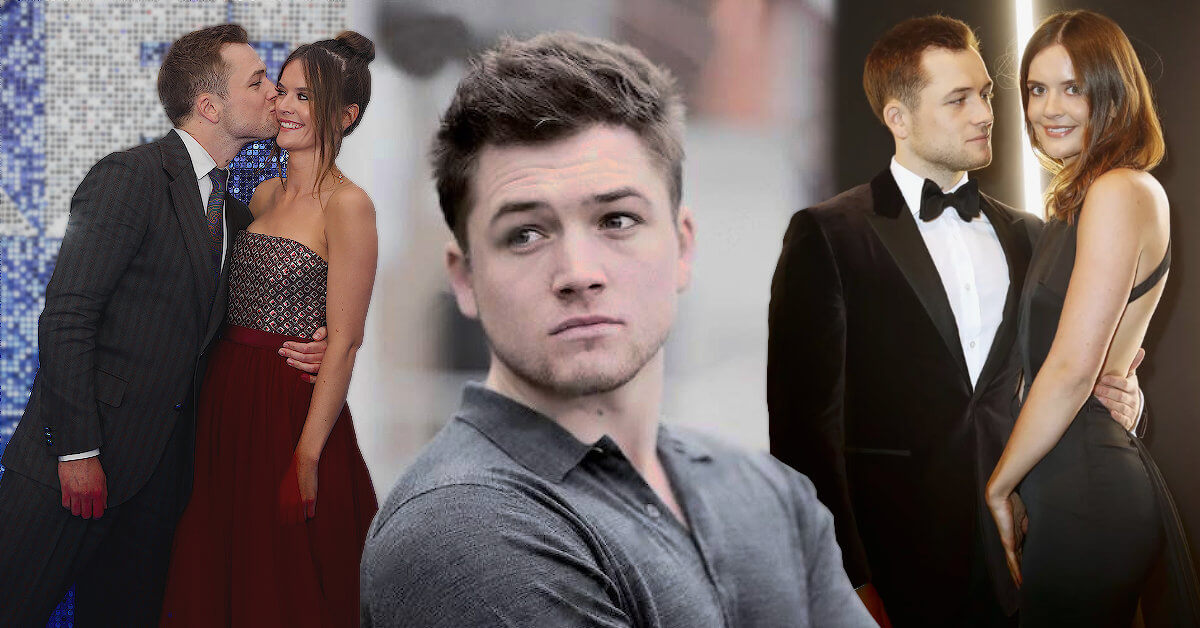 It is inevitable that you guys have heard of Taron Egerton or see him playing in famous movies. One of his masterpieces is Kingsman: The Secret Service and its sequel, starring Gary “Eggsy” Unwin. His sexy British accent and handsome face surely caught our attention.

His talent is not ordinary. He won a Golden Globe Award and got nominations for a Grammy Award. But, though his name is everywhere, he is the kind of guy who likes to keep his personal life away from the media’s attention, including his relationship.

Taron Egerton is Gay?! All the Facts You Need to Know!

Before we get into Taron’s girlfriend and love story, let’s start with some rumors about him. Surprisingly, Taron Egerton was rumored to be gay. What?!

It started when Taron posted a photo of another man in 2018. It doesn’t sound like a big deal; everybody posts pictures of their friends from the same gender. But, the caption sparked speculation.

He wrote a caption, “Cutie. My boy,” and it was also followed with a red heart emoticon. Well, no wonder that people were shocked and couldn’t stop talking about his sexuality ever since.

Taron, who usually never bothered to clarifies anything, finally spoke about this rumor when the interviewer from Metro News addressed this issue.

“One of the lads was at my London flat, and I Instagrammed a picture of him and said ‘Look at this cutie” and a million outlets reported I was coming out as gay. I am not gay, but two of my mates came out when I was 15, and it was a joy to support them because, as a group, we are all secure in who we are,” explained Taron patiently.

Well, we’re pretty sure that we will still support him even if he was gay. And he didn’t have to make such a clarification since he is free to be whoever he is without worrying about what others think or say.

And, more importantly, we know that he put his full support for his LGBTQ+ friends and made sure that they had a safe space. So he has a lot of reasons to make us fall in love with him.

Since he made that clarification, the rumor quickly fizzled out, and he continued to share his lovely moments with his current girlfriend, Emily Thomas. How exciting!

Behind Taron and Emily Thomas’ Breakup

We finally come to this! Though we know that he tried so hard to keep his life under the radar, information still spread fast. Even the media got some information about his unstable, on-and-off kind of relationship with his current girlfriend, Emily Thomas. It seems like his love life didn’t go as smoothly as his acting career.

Taron and Emily started dating in 2016, but the exact date and month weren’t clear since Emily and Taron were at the peak of their career at that time, the two-faced bump on the roads in their relationship.

Taron starred as Elton John in Rocketman right before he broke up with Emily. The breakup seemed to devastate him so much since he stated that the split was sort of “reinvention.”

“I found it quite liberating because I just finished the Elton John thing and had this awful hair. So, I shaved my hair because they had thinned it right out and given me this bald patch.

So, it was very cathartic and also, not to put a downer on things, I split up with my girlfriend not long ago, and it weirdly felt a bit like reinvention, to sort of change the way I look,” explained the actor, didn’t mind to talk a bit of his recent breakup. But, he completely changed his mind when he got back together again, and changed his words into being “so proud of Emily.”

Emily, on the other hand, didn’t work in front of the camera like Taron. But, she is also a prominent film set assistant and has been very good at what she has done for more than five years. She also came from a filthy wealthy family. We can see that from the fact that she went to Abbot’s Hill, a school for girls only, in which she had to pay £4,000 for each term. Her family paid for all of them.

But, she wasn’t just a girl that was born with a silver spoon. She was a smart and determined student there, and she excelled in her academic and sports activities. She then proved herself by being a film set assistant for many big movies such as James Bond’s No Time to Die, Wonder Woman, and Captain America: The Winter Soldier, even though she was uncredited in Captain America: The Winter Soldier.

Well, knowing how devoted Emily and Taron were to their careers led them to a difficult situation.

Their tight schedule and lack of seeing each other made them split in November 2018. But, it didn’t take them a long time to get back together.

Taron and His Girlfriend Got Back Together

In April 2019, Taron and Emily officially rekindled, and the relationship grew stronger until now. “Unless you’re vigilant, you can start to occupy separate worlds,” commented Taron about his breakup experience.

It was surprising to see Taron comment on their relationship situation since the two hardly disclose anything about the details of their life. We’re not complaining, though.

But don’t worry, guys, Taron is pretty active on social media. He often posts his movie and photo of himself; though it might not be something you guys search the most, it is still better than no presence on the internet at all, right?

One of his heart-touching posts was when he wished Mother’s Day for his mom. With a black-and-white picture of him kissing his mom, he also made sure to write a sweet, long caption.

“My mother raised me on her own while studying for a degree. She is an amazing, inspiring woman, and I’d be lost without her. I love you, Mam. Happy Mother’s Day.”

But, the caption didn’t end there; he showed his sense of humor in the next part of the caption by asking his mom to use her new iPhone that he got her. LOL.

With that being said, we can see that Taron is a romantic and soft-hearted kind of guy. Emily is very lucky to be his girlfriend.

What does Taron’s Mom think about the relationship?

Not only on social media, but the couple also show their romance in real life. Emily was often spotted coming to Taron’s awards for his movies; she even came with Taron’s mom. Awe!

In 2020 BAFTAs, Emily and Taron wear matching outfits. The two were wearing formal black outfits, and people could not stop telling them how adorable they were.

Emily looks classy and elegant with a black dress that shows her flawless shoulders, and Taron slew his look with a black silk tuxedo with a black bow tie. His mom, on the other hand, wears a navy lace dress, also looking flawless.

The three of them took a picture together, and they looked like a small happy family. Taron is proudly showing to the world that he grows up close to his mother.

“When I have troubles in my life, I call my mom. She is rational, sane, functional, normal, and she has the wisdom to impart,” described Taron in his interview. Well, looking at her didn’t mind taking pictures with Emily. So it is safe to say that the mom has granted her acceptance for Emily!

We wonder when the couple will decide to get married. Or maybe they don’t want it. Either way, we just hope that the pair stays together forever.

Taron Has a “Magical Experience” on His Birthday

There are several other events that they attended together as well. For instance, they came to the 77th Golden Globes. They seized all the attention, mainly because Taron won a Best Actor category for his role as Elton John in Rocketman. A power couple, coming with a dazzling look and then seizing the award? A dream came true, indeed.

Another exciting moment of the two was when Taron and Emily went on vacation to celebrate Taron’s 30th birthday. They went to the Dominican Republic and had a great time enjoying the beach and the sunset.

Taron described his 30th birthday as a “magical experience,” and he proudly shared lots of his sweet pictures with the love of his life.

They stayed at Casa de Campo Resort and Villas. When he was interviewed about how the vacation went, he answered, “I cannot think of a better way to spend the first week of my 31st year than in this gorgeous place. Stunning scenery and incredible people.”

It seems like we can’t get enough of the news about them. Fortunately, the couple only broke up once, and they decided to try again and become inseparable ever since. So shout out to the most shining and talented couple in the movie industry!