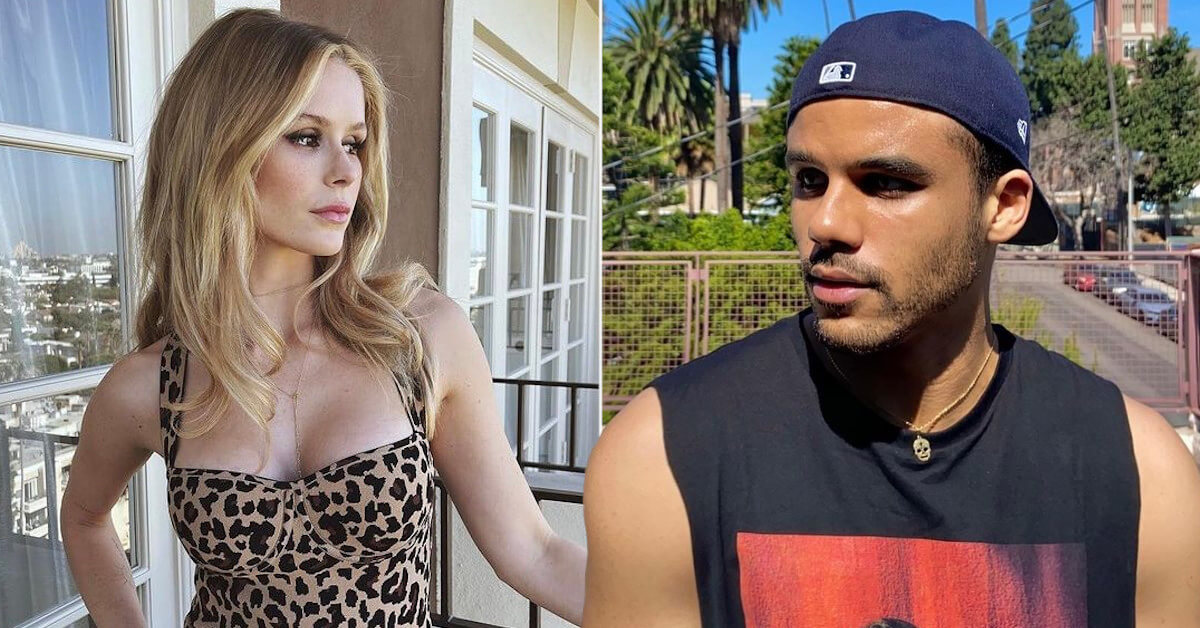 Erin Moriarty name started to roam around Hollywood after she starred in Amazon’s reverse villain, superhero series “The Boys.” Remember the title because most of Erin’s reported boyfriends came from identical upbringings. So, who are those lucky gentlemen? Let’s find out. First stop, met with the adorable dancer, Jacob Artist.

Well, then, we finally reached the first stop of our journey. Here, we enter the secret labyrinth before stumbling upon a treasure box. A box contains a single piece of paper full of Erin Moriarty’s story about her most-memorable boyfriend, Jacob Artist.

Several reports stated that Erin began developing her affection toward Jacob in 2013. Jacob, supposedly, answered the love, and they began to date as a “couple.” We put the word “couple” inside a quotation mark because we haven’t read or heard any confirmation about this.

We did not know how they met, but Jacob profoundly impacted Erin’s heart and future romantic stories.

TV Guide Time reported that Erin uploaded several photos of her alongside Jacob casually goofing together. They also went into several dates and lunches, adding more oil to the fans, questioning whether Erin was dating Jacob officially?

How did the relationship between Jacob Artist and Erin Moriarty start?

The speculations regarding Erin Moriarty and Jacob Artist relationship have become a central talk point in Hollywood. Many guessed that they are not an official couple; they just casually spend their time together, nothing more.

And at this point of the journey, you find that no parchments explain Erin’s relationship. Well, because they silently ended theirs.

After the rumors sparked in 2013, followed by several photos of them on Erin Moriarty’s Instagram account. A year after, Erin stopped uploading her intimate moments with Jacob to the internet. The sudden stop made fans question after buzzing for Jacob and Erin to continue their relationship. Sadly, the fans never knew the answer.

TV Guide Time reported that Erin was not the only one that uploaded romantic photos to the internet. Jacob also sent several pictures of them; unfortunately, he deleted all the photos ever since the rumors about his and Erin’s breakup.

There has been no confirmation regarding Erin and Jacob’s penultimate love journey. There were also no confirmations whether they were an official couple or not. So, we’ll leave that to your imagination.

The future journey: Another fountain waiting to unravel

There you have it. The part before explained the journey of Erin Moriarty’s romantic affair with Jacob Artist. However, the trip did not stop there. Erin continued to press forward and finally found two gentlemen waiting patiently.

Remember what show Erin was one of the stars? Yep, “The Boys.” One was Jack Quaid, Erin’s “loyal friend.” Another man was Anthony Starr, an actor playing for the same series and another of Erin’s close companions. Even though they were just “best friends,” Erin gave these two gentlemen a special place inside her heart.

Just Jared met with Erin and told them she preferred spending time with her dog instead of with fellow humans. So far, we haven’t found any information about whether Erin is already in a “quiet” engagement or perhaps even more than just an engagement.

We hope she is fine and good luck with her future career.