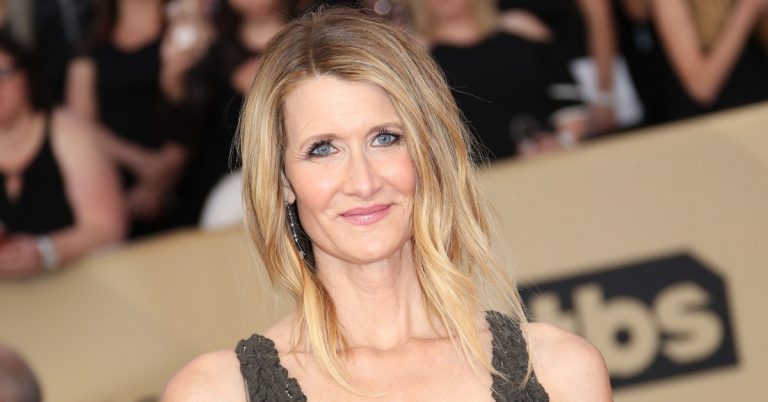 Who is Laura Dern?

Laura Dern is an American actress, producer, director, and activist whose actions can be seen in TV films called Recount and Enlightened. She has also played the supporting roles in Star Wars: The Last Jedi, Little Women and Marriage Story, for which she won an Academy Award for Best Supporting Actress in 2020.

Laura Elizabeth Dern was born on February 10, 1967, in Los Angeles, California, US. She is the daughter of actors Bruce Dern and Diane Ladd. However, her parents separated when she was a toddler. She had an older sister named Diane (d. 1962).

The actress attended The Buckley School in Sherman Oaks, California. She then enrolled at Lee Strasberg Theater and Film Institute when she was nine years old to study acting.

The 90s actress stands at a height of 5 feet 10 inches and weighs around 61 Kg. Likewise, Laura has a body measurement of 34-25-33 inches, respectively. Also, she has a pair of blue eyes with blonde hair color complimenting her slim body figure.

How much is Laura Dern Net Worth?

Laura Dern has an estimated net worth of more than $22 million as of 2022.

Golden Globes - 2018
Best Performance by an Actress in a Supporting Role in a Series, Limited Series or Motion Picture Made for Television in Big Little Lies (2017)

Golden Globes - 2009
Best Performance by an Actress in a Supporting Role in a Series, Miniseries or Motion Picture Made for Television in Recount (2008)