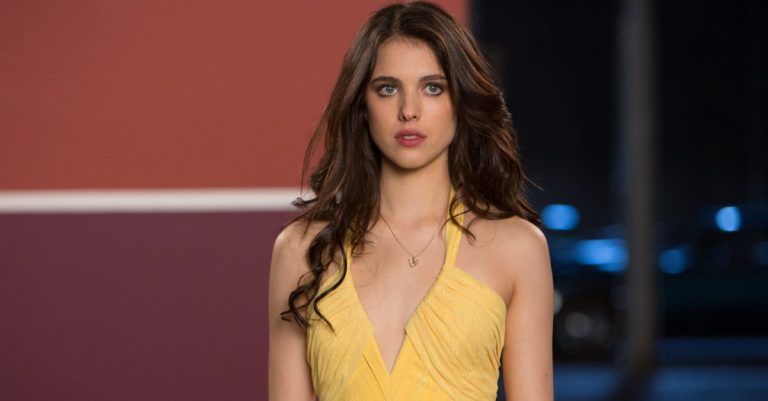 Who Is Margaret Qualley?

Margaret Qualley was born on October 23, 1994, in Montana to Andie MacDowell, an actress, and Paul Qualley, a model. Her parents got separated when she was just five years old. She is blessed to have two older siblings Rainey Qualley and Justin.

She was trained as a ballerina, and at the age of 14, she studied at the North Carolina School of the Arts and later studied at the American Ballet Theatre in New York.

She decided to pursue a career in modeling at the age of 16. She made her debut as a model during New York Fashion Week, walking for Alberta Ferretti at 16. After five months, she quit modeling and entered into an acting career.

In 2013 she achieved significant recognition through her fabulous performance in the mystery tv series, The Leftovers. She has starred in her roles in the films Death Note, The Nice Guys, Donnybrook, Once Upon a Time in Hollywood, and many more.

Margaret is an animal lover. She shared several photos of her pets. She is not only spending money for herself but also helps on homeless animals. Margaret and her sister have rescued a dog named Books.

Does Margaret Qualley drive a car?

Does Margaret Qualley have tattoos?

She has three eyes tattoo on her back.

Screen Actors Guild Awards (Nominee) - 2020
Outstanding Performance by a Cast in a Motion Picture in Once Upon a Time... in Hollywood (2019)