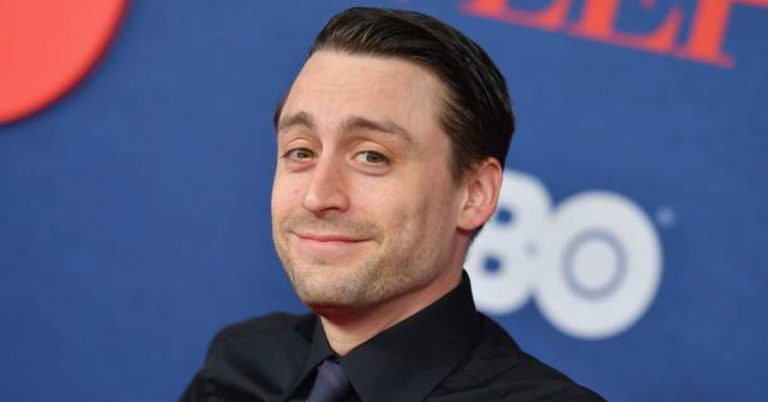 Who is Kieran Culkin?

Kieran Culkin is an American actor who has attained the most recognition for his role in the film Igby Goes Down. He had begun his career as a child actor in Home Alone Franchise (1990-1992) with his elder brother, Macaulay Culkin.

He is also starred as Roman Roy on HBO series Succession. His impeccable role in the series earned him two Golden Globe nomination.

Kieran Kyle Culkin was born on September 30, 1982, in New York City, USA. He is the son of Kit Culkin (former stage actor) and Patricia Brentrup. He has got seven siblings and they are named Christian, Dakota, Macaulay, Jennifer, Rory, Shane, and Quinn. All of them were raised as performers.

Kieran Culkin went to Professional Children’s School, New York and St. Joseph’s School, New York. Besides having a formal education, Kieran has also participated at the School of American Ballet, where he has learned to perform ballet dance.

Kieran Culkin has a height of 5 feet 7 inches tall and weighs around 59 kg. He has dark brown hair color and brown eyes.

How much is Kieran Culkin Net Worth?

Kieran Culkin has featured in a number of highest-grossing movies. He has an estimated net worth of $4 million.

Marital Status: Married.
Wife: Jazz Charton.
Children: He has a daughter Kinsey Sioux (b. September 13, 2019), with his wife Jazz Charton.

Golden Globes (Nominee) - 2020
Best Performance by an Actor in a Supporting Role in a Series, Limited Series or Motion Picture Made for Television in Succession (2018)

Golden Globes (Nominee) - 2019
Best Performance by an Actor in a Supporting Role in a Series, Limited Series or Motion Picture Made for Television in Succession (2018)