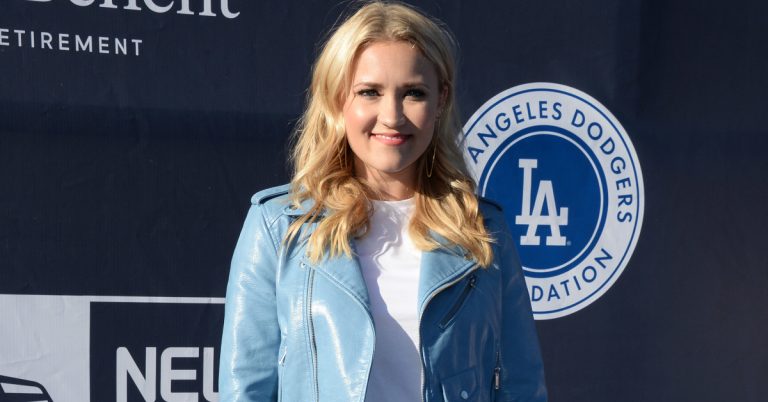 Who Is Emily Osment?

Emily Osment is an American actress, singer and songwriter. She became popular after getting the role of Lilly Truscott in the Disney Channel television series, Hannah Montana, and subsequently featured in the film, Hannah Montana: The Movie.

In addition to acting, she participated in the voicing of various projects. Emily voiced characters in such cartoons as Holidaze: The Christmas That Almost Didn’t Happen, Difficult Christmas Love, Lilo & Stitch 2: Stitch Has a Glitch, etc.

She also worked as a singer. She took part in open-air concerts and recorded her own songs. In 2010, she released the album Fight or Flight.

She has one sibling named, Haley Joel Osment. He is also an actor, who is famous for the films Forrest Gump and The Sixth Sense. Her height is 5 feet 3 inch according to 2022. Her weight is around 54-55 kilograms.

Jim Gilbert and Emily have been dating since Jun 2016.

Does Emily Osment Have Any Tattoos?

She has a tattoo of an arrow along the side of her left middle finger.