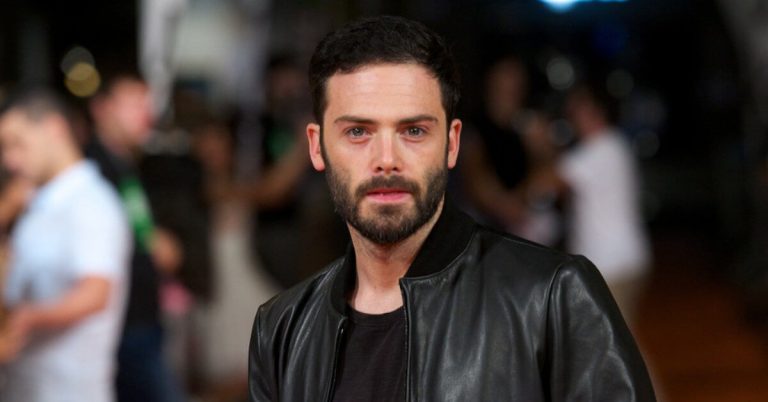 Who is David Leon?

David Leon is an English actor and director. Most people known him for his role in Lives of the Saints as Othello by photographer Rankin and as Malcolm in Guy Ritchie’s film RocknRolla. From 2011 to 2014, David played the role of DS Joe Ashworth in the ITV detective series Vera alongside Brenda Blethyn. As a director, he has worked in several films such as Man and Boy, Orthodox, and Father.

David Jeremy Leon was born on 24 July 1980 in Newcastle upon Tyne, Tyneside, England, UK. His father, Anthony N Leon, worked at a power station, whereas his mother, Ann J Brown, used to work as a secretary. The actor describes himself as half-Jewish.

From his childhood days, Leon was interested in sports and has briefly played for the Blackburn Rovers Football Club. David went to a local drama school but dropped out after receiving an offer to shoot the film Alexander with Oliver Stone in Morocco.

How tall is David Leon?

How much is David Leon Net Worth?

According to sources, David Leon has an estimated net worth of $300,000 USD.

Speaking about his personal life, David is not dating anyone. The handsome actor isn’t married yet and has no past relationship to discuss. However, some rumors say he might have been dating a secret girlfriend.